Fight for the Ultimate power in a Major War. Tame the chaos, clear the attacked by the Evil lands of Dominion. Set your rules. – It’s your world from now on! Dominate it.
Gain the collection of the mightiest Heroes, unlock all their skills and abilities. Power them up to a level beyond attainment, experience them in PvP Arena battles, Guild wars and RPG battle campaigns – make your army invincible and win a Major War. Establish your own everlasting RPG legacy.

Dominion is waiting for its Hero!

1. Dozens of unique mighty heroes with unique skills to gain and to crank up;
2. Hundreds of enemies – Bosses, Archdemons and other hellborn characters – to challenge and slay;
3. Thousands of epic multiplayer PvP Arena and Grand Arena battles to join;
4. Numerous colorful fantasy action-packed RPG battle campaigns to slake your thirst for adventures;
5. Large-scale Guild wars to prove yourself;
6. Multi-tiered ranking to immortalize your victories and legacy.

The game is also a good chance to train your own tactic and strategy playing.
Free and addictive. Be careful.

Good luck with battles, Brave Hero, and remember! – We are always here for you via support@herowars.zendesk.com,
Your Hero Wars Team. 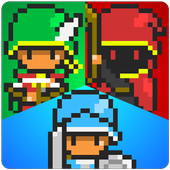