The description of Ninja Fighting Spree

Ninja Fighting Spree is an ultimate action Ninja fighting games! Join the Ninja Fight of clans as a ninja killing every assassin he meets! In this Ninja Fighting Game The functions of the Ultimate ninja is spying, assassination and guerrilla warfare. Start slashing enemies with your samurai sword in this ninja Survival game. Crush your enemies with your angry ninja agility attacks. Be fast, stealthy, and deadly to sneak up on ninja warriors and kill them all with your strong hits. No time to avoiding evil gear up with lethal weapons, samurai sword, Shuriken and all for epic revenge. Run up wall, slash evil ninjas warrior with samurai sword. Humiliate demon bosses with your master Kung fu skills. Kill them all with fetal strong below of your sword blade in this Ultimate Ninja fighting spree Survival game. In Ninja Fighting Spree the story is about 4 Ninja Warriors brothers living in far East Japan . They have grown up practicing the art of Ninjutsu taught by their father Master Yoki . The four brothers are now the guardians of their village to save the people from the Evil Ninja Lord residing in Northern shadows of mutant darkness, Dark Mountains who wants to take over their land by force. The village one night is attacked by the Evil Lord Ninjas & the Master of four brother is murdered by them . Four Ninja Brothers have promised the Master Yoki to take revenge & will save the people of the village at any cost . Now they are on a chase & killing spree behind the Evil Ninja Lord forces fighting in deep dark jungles & cold mountains to defeat the Evil Ninja Lord.
Start the War of clans Ninja warriors ! Enter the world of Japanese ninja and kill your rivals. kill all the rivals and prove your skills as a Master Ninja Kung Fu styles. Use tou different fighting skills Taekwondo, Muay Thai, Kung Fu, Boxing and be a powerful army of Samurai fighters equipped with turtle skin weapons to defend and attack the villagers. and other and enjoy being a real Japanese assassin! Lead your clan to the victory and bring death to all your enemies! survive the dangerous fights against evil rivals, fight against enemies and survive as long as you can! shadows of mutant darkness have taken over the entire village now. It’s time to take revenge from the evil kung fu mafia for your people. The Japanese mafia boss and his crime partners have taken over the city streets involved in killing and fighting. This is an an ultimate action fighting game in Japanese style. use your different fighting skills like Taekwondo, Muay Thai, Kung Fu, Boxing against
Powerful enemies to fight with. Try your Japanese assassin’s skills to overcome rivals. kill your enemies to win the War of Clans or just survive as long as you can. Join the classic battle between a Hero Ninja Warrior and the evil ninja’s. Evil mafia mind is behind some serious crimes capturing & destroying places in Japan and killing peace. His dangerous Kung Fu attack, real stealth skills, assassin and evil criminal escape skills spread terror among the people. Enjoy this fun addictive game with a true fighter legend against mafia underworld boss! Play Ninja Fighting spree for an extreme crime simulator action adventure

How To Play Ninja Fighting Spree Apps On PC,Laptop,Tablet 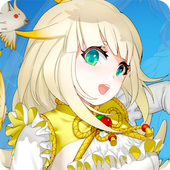 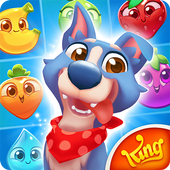