The description of Racers Vs Cops

Hot pursuit is just beginning! In this game you do not only try to escape from police cars, but also you can be a police and get high scores by pursuing and giving damage to street racers. In addition, in multi-player mode you can race with other drivers and be the best highway racer. Make your choice, be a police or racer and race in highway.

Police:
Follow racers and try to block them by crashing during race. When health of racers drop down to zero they will be disqualified and you will get points. Be careful that you should hit the racers not usual traffic cars. Otherwise you will lose health and lose the game. The more you disqualify the racers the higher you get score.

Multiplayer:
You can play as driver or police in multiplayer mode with your friends and other real players.
If you choose being police, you need to disqualify the racer during play.If you choose being racer, you need to finish in time without being disqualified by police. Altough, make and model of police car and racer car are same, their technical properties are different.

Cars :
You can get one of tens of cars in many different make and model and in either super sports or classics collections. You can unlock more and more cars with your points so that you can be fastest racer. Not only you can change appearance of your cars using different colors, rims, etc, but also you can modify top speed, brake and maneuver sensitivities.

How To Play Racers Vs Cops Apps On PC,Laptop,Tablet 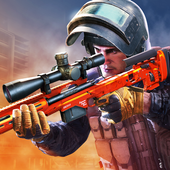