The description of Sword of Shadows

Set in the Age of Wushu universe and powered by the second generation Flexi Engine, Sword of Shadows delivers a PC-quality 3D gaming experience to the mobile platform. It has all the classic elements of Age of Wushu games, including the Team Arena, Sky Arena and Conquest, and more. Sword of Shadows also includes a slew of new gameplay features, including flying skills, expanded quests, expanded guild functions, and more in a breathtakingly detailed 3D environment.

In the latest version of Sword of Shadows, Siege Warfare, players can participate in the most intense cross-service siege battleground yet for a taste of ultimate ruthlessness. The new companion, Undertaker Bai, and new divine weapon, Endless Jade Sword, are now available to add to your lineup. Want more resources and experience? The Jianghu Security and Lucky Wheel will help you beef up your stats. As the seasons begin to change, Sword of Shadows changes too. Sharpen your weapons for the Siege Warfare update!

Powered by the second generation Flexi Engine, Sword of Shadows takes players on an authentic journey through an ancient martial arts kingdom, as they become legendary warriors. We’ve paid incredible attention to detail to ensure that Sword of Shadows raises the bar in terms of what 3D mobile games can accomplish visually.

In Sword of Shadows, players can literally take flight, allowing them to experience a martial arts battle like never before. The Eight Fighting Flying Skill allows players to soar above their PvP opponents. Players can also learn the Ultra Flying Skills to fly across Sword of Shadows‘ expansive map.

Sword of Shadows‘ fast-paced and dynamic combat mechanism allows players to adjust the combat mode based on the circumstances of the fight. Players will master a range of martial arts abilities and battle tactics, including the ability to block feints and break through defenses to defeat opponents. The Snail team has also added refraction and displacement effects to increase the visual impact of Sword of Shadows‘ unique martial arts moves.

The path to martial arts mastery begins in one of Jianghu’s five Martial Arts Schools! Each school has unique qualities that provide endless opportunities for character customization. Are you a swift and silent Tangmen ninja? Or are you more Emei, as brutal as you are beautiful? Between the five featured schools in Sword of Shadows, players are guaranteed to find the path to martial arts mastery that is perfect for them.

Players can also learn the Ultra Flying Skills that will allow them to fly across Sword of Shadows‘ expansive map, making for a gaming experience with unparalleled aesthetic value. A Fast-Paced New Take on Classic Martial Arts Gameplay Sword of Shadows retains the original Age of Wushu’s “Parry and Feint” fighting mechanism, allowing players to adjust the combat mode based on the circumstances of the fight instead of retaining a static position while releasing skills. Players will master a range of martial arts abilities and develop tactical strategies for battle.

Why not try our other GAMEs: Age of Wushu Dynasty, Iron Blade: Medieval RPG, and Tricks Sword for Shadows, ect.

How To Play Sword of Shadows Apps On PC,Laptop,Tablet 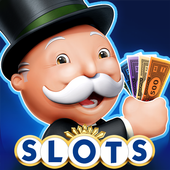 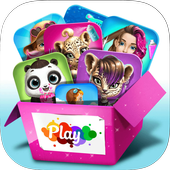