Play the free version of crazy racing game in the mountains via wi-fi with your friends (2 players). You can choose different cool cars and play two on the wi-fi with a friend as two players. Choose routes for two local with friends. Collect coins pumped cool cars and buy more cool cars. When you play with a friend on the wi-fi you can make a lot of coins and buy them on the cool cars. Play rooms for wi-fi and you will not regret. If you are looking for a race, wi-fi or race.

★ Play in racing via Wi-Fi with a friend (available only two players);
★ Free version;
★ Play now and get 50,000 coins;
★ Collect coins and prizes;
★ Buy cool cars;
★ Upgrade cool cars, this will allow the passage of the levels;
★ Buy steep levels to earn more coins.

For the passage of trails, you can choose any car, each of which has its own properties. So, for example, the Snow-removing car can demolish snowy hills, which will simplify the passage of the Winter level, the moon car has a large fuel reserve, which will allow you to travel a long time on a strange planet, heavy cars allow you to pass the wind that is in the mountain location, etc. Remember that you can use all these possibilities when you play with your friend on a local wi-fi network (available only two players).

In order to start playing with a friend in the wi-fi race, create a wi-fi point to which your friend should connect. Next in the game, he must create a server, and you connect to it. And two players can play the game.

At the moment, the game can not be played on the Internet and now can play only two players, but in the future such an opportunity will appear.

If you looking game for 2 players via wi-fi, you can play Crazy racing and enjoy the game! 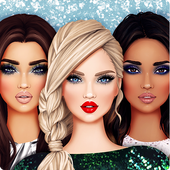 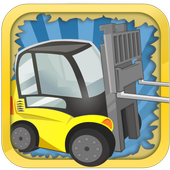 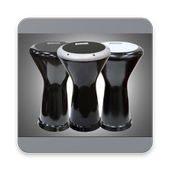