The description of Zombie Craft Survival

⚡Zombie Craft Survival is one of the best zombie games in the category. If you are prepared to survivor and beat hordes and more hordes of undead zombies then this action-adventure game is for you. Get headshots, do missions in this wonderful first-person 3d game (FPS 3d) open world.

⚡The Apocalypse and War in Zombie Craft Survival has just begun and you need to stop the spreading virus by increasing the horde of zombies and undead all over the planet that is at war grab your rifle and be a hunter, get your sniper and hit headshots to be able to win hunt until there are no zombies alive in the middle of the shots of this war.

⚡Zombie Craft Survival is a 3d zombie action game where your entire survival story takes place amidst a zombie apocalypse be the first sniper and virus hunter, killing and saving mankind that is infested with living dead.

⚡Great 3d voxel cube graphics
The Zombie Craft Survival Zombies were well designed and thought out to the smallest detail, the scenarios were thought to provide a better hunt for the pandemic of enemies, sure to Zombie Craft is the best zombie game with Craft Elements, First Person (FPS), Apocalypse and Action of the category.

⚡There is a great diversity of weapons where the player finds in the midst of humanity that only remained the apocalypse, like weapon rifles, sniper gun, pistol guns and grenades. These weapons are great for you to go out killing enemies and save humanity, survive and survive again.

⚡If you like first person shooters (FPS games), action and adventure games, fun, survival games, for those who like sniper games and shooter games. This game is for you a fun game of challenging apocalypse full of surprises, join this adventure and be the best hunter.

How To Play Zombie Craft Survival Apps On PC,Laptop,Tablet 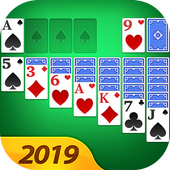 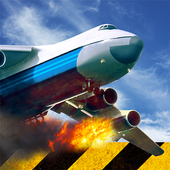